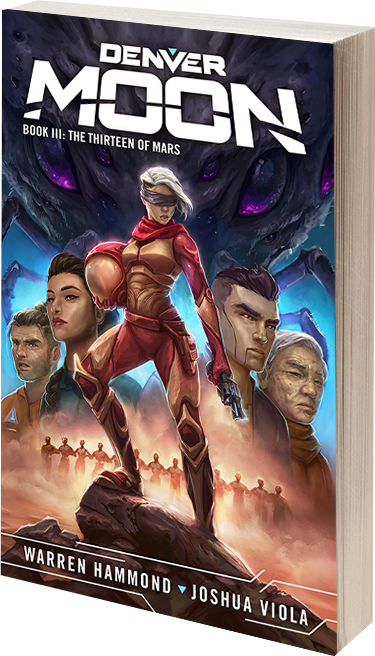 Denver Moon: The Thirteen of Mars

It's been more than two years since Denver Moon discovered that alien shapeshifters infiltrated Mars Colony. Their attempts at human mind-control have failed, but when Denver opens a vault beneath a terraforming facility, she discovers what they really want: to exterminate all inhabitants of the Red Planet. Tatsuo Moon—Denver’s grandfather and the co-founder of Mars City—has been gravely injured. To save him, Denver will need the help not only of her friends, Smith, Nigel, and Navya, but also of humanity’s archenemy, Doctor Werner. To save Mars, she'll need a miracle.